The Laneways Discovery Running Tour takes runners on a cultural journey through Melbourne’s famous laneways, exploring the beauty of their hidden street art and historic landmarks. 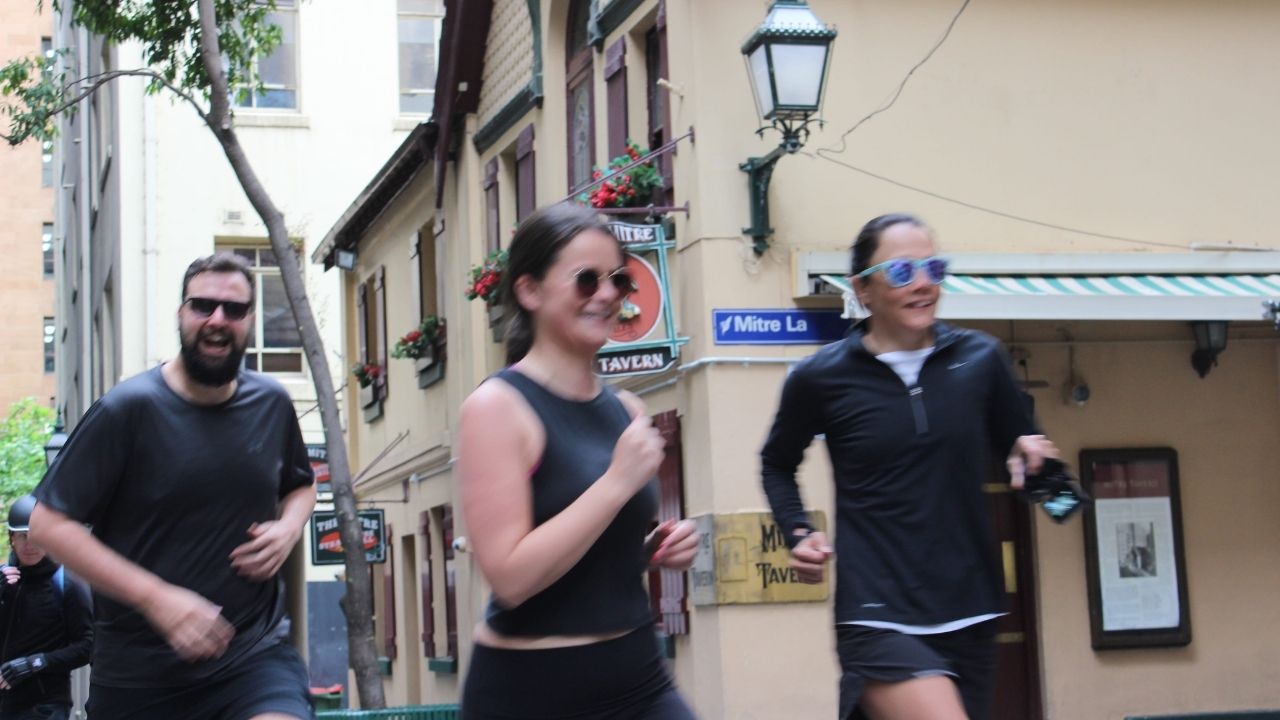 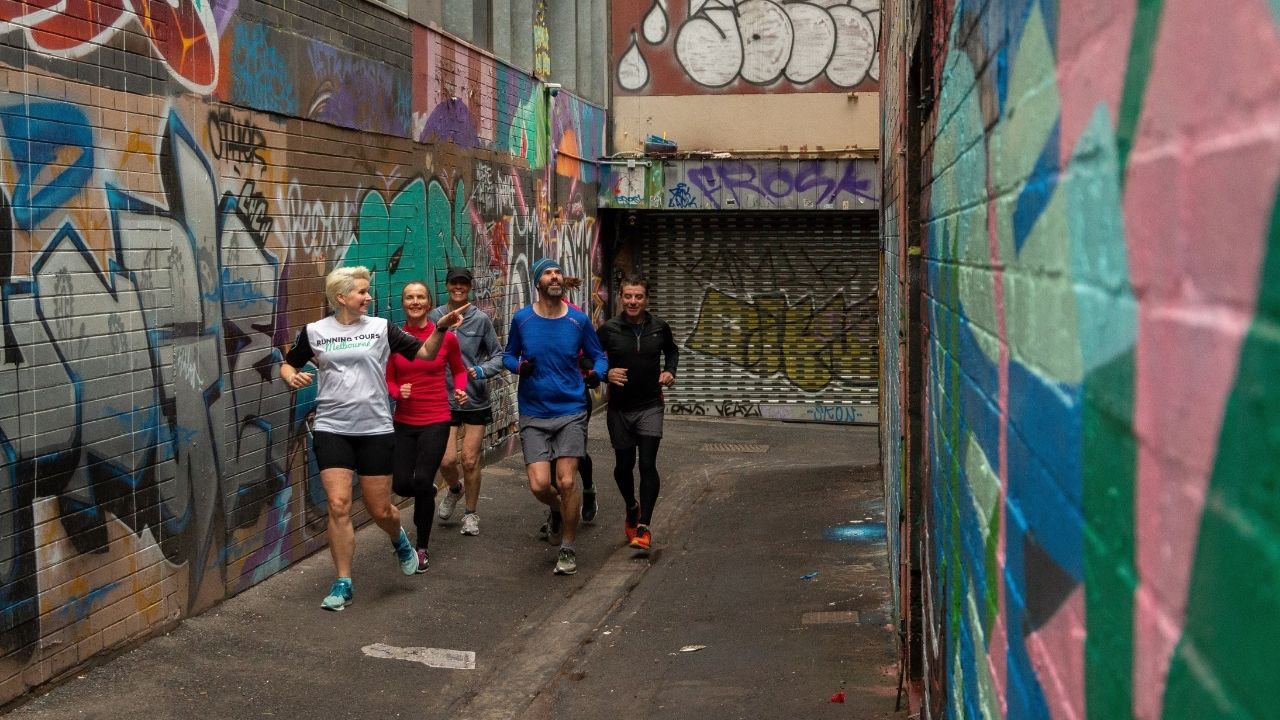 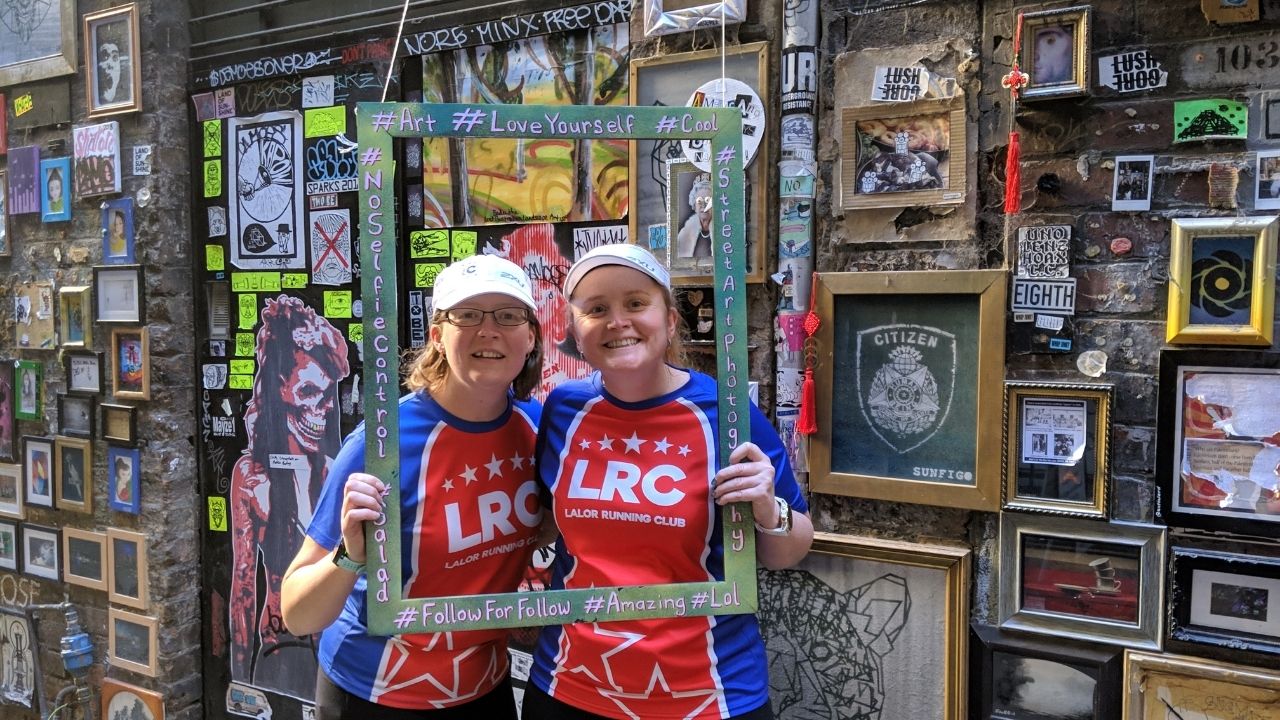 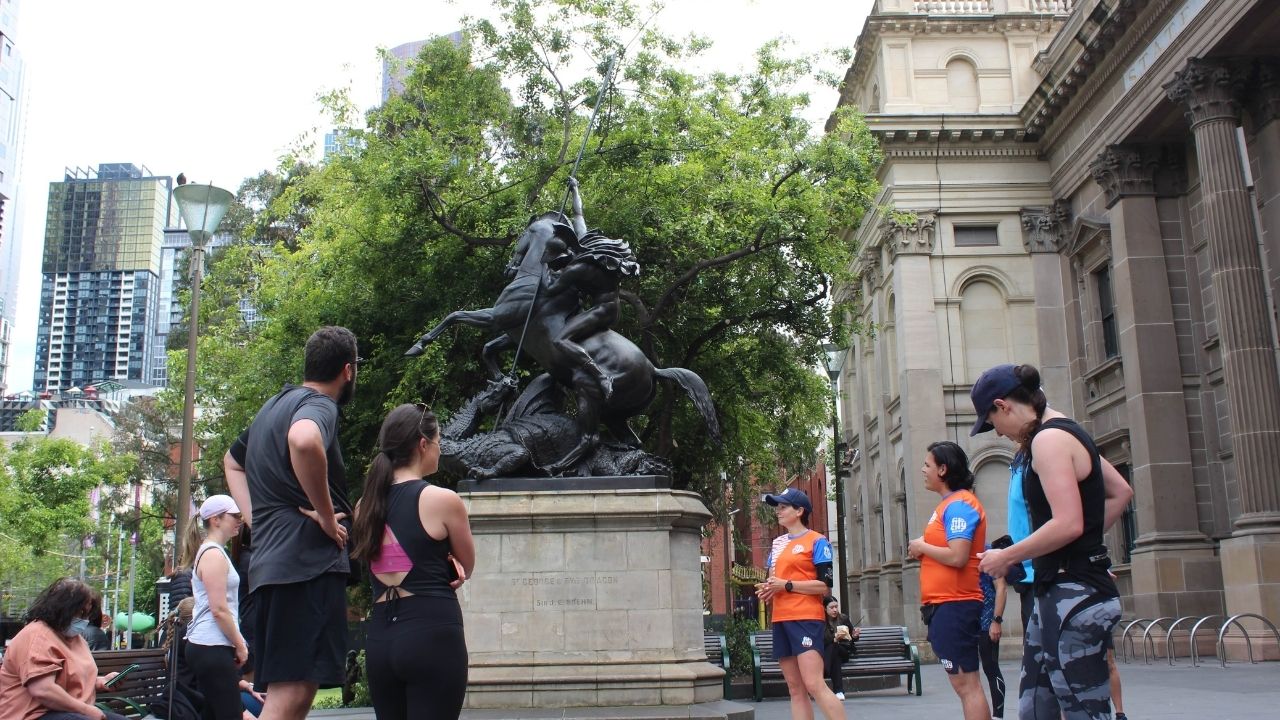 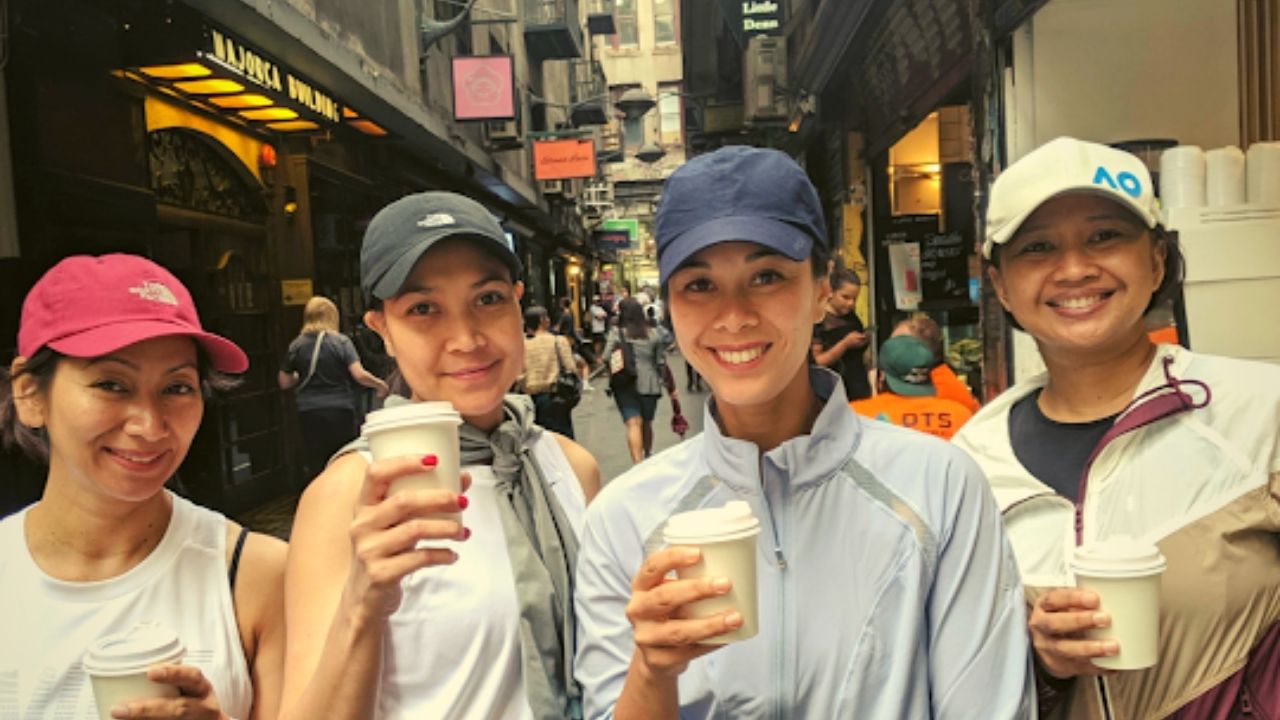 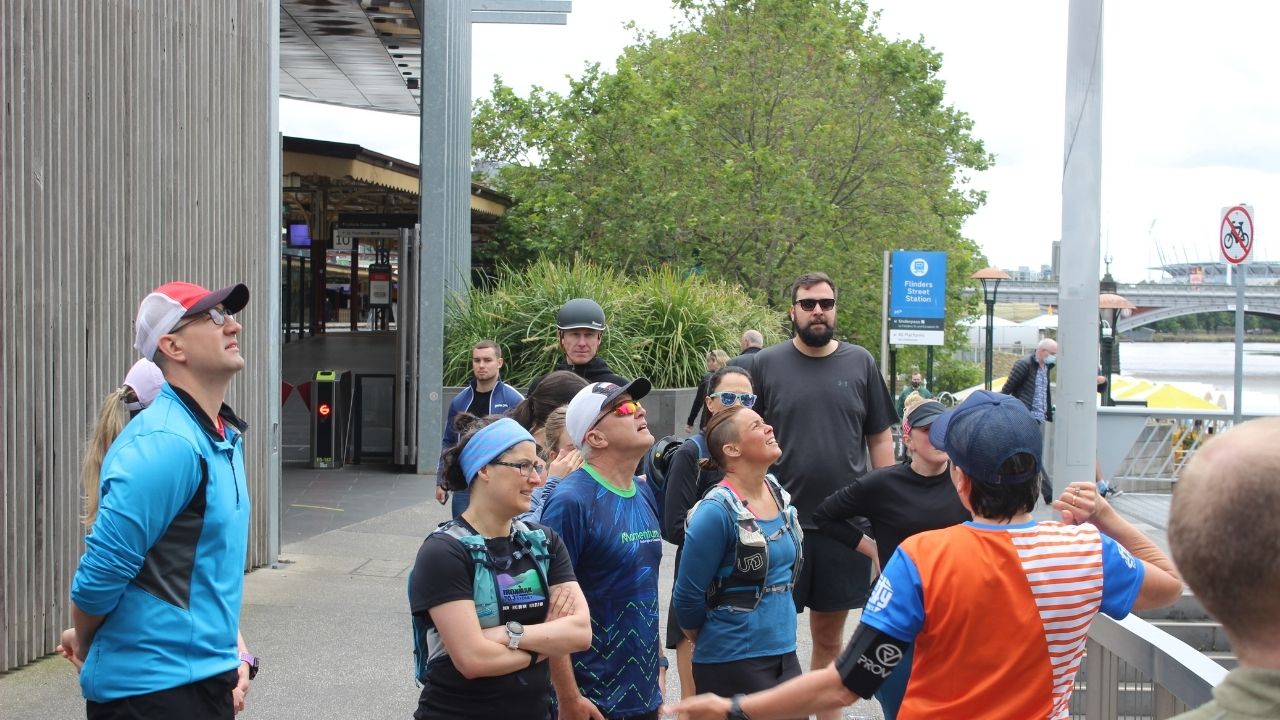 This 8km running tour operates daily at 7am and 9am. We’ll begin our adventure at Federation Square, the city’s cultural hub and home to a variety of world-class events, restaurants, bars and specialty stores. Together, we’ll embark on a journey through Melbourne’s famous “laneways,” a term used to describe the narrow streets and pedestrian paths that weave in and out of the city’s Central Business District. Dating back to the Victorian era, these historic laneways are lined with unique street art and treasured eateries.

During our tour, we’ll explore what makes each laneway unique. Along Bank Place, we’ll check out Melbourne’s oldest pub, Mitre Tavern, while taking in the beauty of buildings built from proceeds of the 1850’s gold rush. Your tour guide leaves no stone unturned, leading runners through Melbourne’s most hidden alleyways while sharing the stories of the not so savoury events that took place there long ago.